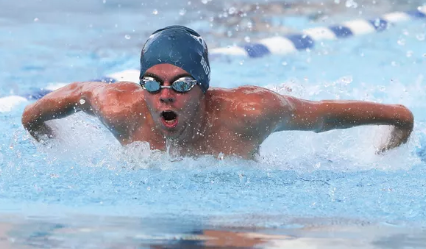 This summer, the Sharks went undefeated for the regular season.  This is momentous for several reasons.

In 2012, which was Aquatics Director Steph Kegelman's first season with the summer swim team, we did not win a meet.  Not even one.  (There are five regular-season meets, plus one friendly meet where you swim against a team from another division.  More on that later). We had something like 45 kids on the team at the time.  We had to rebuild our aquatics and swimming program.  In 2013, we won our first meet.  Our roster started to swell and the 45 kids turned into over 100 swimmers. In 2015, just two years later, we won the C division (the lowest of the three divisions in the NBSL summer swim league).  Yes, we went from no wins to division champions in two years.  This is an incredibly impressive feat, considering that we had been in the C division since our inception in the league.

Our Cinderella story does not stop here. Winning the C division meant that we would leave C behind and join the B division, with larger teams and more swimmers.  Would we stay in B, or would we lose every meet and return to the C division?  We didn’t know.  The B division loomed large in our minds.  Steph and her team of coaches were up to the challenge, though.  Our roster grew to the large 170 plus swimmers we have now.  We won enough meets in 2016 to remain in the B division.  In 2017 we went 4-1 but remained in the B division based on tie-breaks.  Now we are here, in the summer of 2018, only five years removed from being in the C division, and we were the only undefeated team in the B division 2018.  We are moving to the A division, an incredible feat.  We went from never winning a meet just six short years ago to being accepted among the NBSL’s swimming elite.  It’s a huge accomplishment for our swimmers, our coaches, our volunteer parents, and the J as a whole. 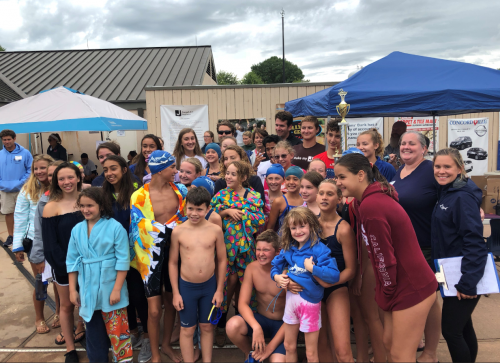 We placed third out of 18 teams at NBSL Classics this summer, as well as fifth out of 18 at Invitationals; these are our best records for either. This was, without a doubt, our best season yet. We are so proud of our Sharks, and we can't wait to see what they do in future seasons!