All Siegel JCC programs and services remain suspended while Delaware Stay-at-Home Order is in effect. 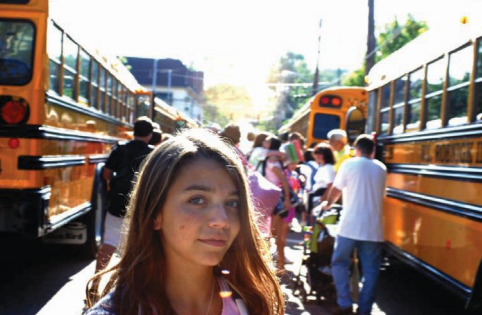 I started going to Pittsburgh every summer before I really even had memories.I can't recall a time in my brain without it. It is my second home.

My Jewish identity was brought to me almost entirely by the JCC of Greater Pittsburgh and the camps that operate through it. I learned what it meant to belong to something larger. I finally understood why being Jewish was more than simply believing in a set of rules. When you're born into a group that's faced adversity, it's important to know that side of your identity. I will always be a part of years of history.

Squirrel Hill, the neighborhood where Tree of Life is located, made me fall in love with Pittsburgh. Stand on the corner of Forbes and Murray and listen to the chirp of the crosswalk giving you the go-ahead; pass the JCC and watch the buses roll in; drive through the hilly roads and observe people walking to services on a Saturday morning.

I've never belonged to a synagogue; Tree of Life is one of the two I've spent significant moments of my life in. It's where I attended Yom Kippur services the year I started truly observing. It's where my cousin had his bar mitzvah. It's where my best friend attends. It's where my family can be found most Saturday mornings . . . with the exception of Saturday, October 27. I don't know if there's a rhyme or reason for the twists of fate that influence the rest of our lives, but I am eternally thankful that my family wasn't there and eternally crushed at what the attack means anyway.

I was talking to a friend yesterday as I was processing about the layers of this tragedy: To have a shooting in general is tragic. To have it be in Pittsburgh hits close to home. In Squirrel Hill. At a synagogue. Targeting my people. Where my family attends. Any single layer would be hard enough to process on its own. But this isn't a situation in layers; you can't peel them back for the sake of processing in steps. I'm still having trouble finding the words for what this makes me feel.

But I refuse to go numb.

I genuinely believe that the world doubles back what we put into it. I don't know if love is stronger than hate; I want it to be. But I do know that if we don't let hate break us, we become stronger as individuals. If we put love out into the world, it will come back. It takes effort to love through anger. So be angry today. And, tomorrow, hug someone. Hold doors open. Donate to charity. Whatever it is you do that makes you feel full inside, do it. And keep doing it. Maybe that's why people say love is stronger; it's making a choice, every day, to be a better human being